May 30, 2020
lThe effect of the effective threading length of the standardized thread on the bolt tensile test results Tan Xiaozhou (Hubei Sanjiang Aerospace Insurance Peak Electronic Information Co., Ltd., Xiaogan 432009) analyzed the relevant procedures and found that the "thread effective stitching length" is the key to the test results. One of the factors. Standard

lThe effect of the effective threading length of the standardized thread on the bolt tensile test results Tan Xiaozhou (Hubei Sanjiang Aerospace Insurance Peak Electronic Information Co., Ltd., Xiaogan 432009) analyzed the relevant procedures and found that the "thread effective stitching length" is the key to the test results. One of the factors. The maximum value is not required in the standard, which may result in distortion of the thread load capacity test results.

Ability level. The specific method is as follows: (L is the effective screw length of the thread, F is the tensile force), fix the bolt head, screw the threaded end of the bolt into the internal thread clamp, and apply the tensile force corresponding to the performance level in the longitudinal direction (minimum Pull load). When the force value arrives, the bolt must not trip and break.

Bolts (including screws, studs, the same below) in the product structure, play the role of connection, fixation and reinforcement, its bearing capacity is directly related to the stability and reliability of the product structure. When the bolt is in use, its head, the rod and the threaded end serve as a load. In order to determine whether each part meets the requirements, the most direct test method is to carry out the tensile test of the bolt. The tensile test procedure in GB/T3098.1-2010 specifies the minimum value of the effective screw length of the thread, but does not require a maximum value. After analysis, the author believes that when the effective screwing length of the thread exceeds a certain limit, the force receiving area of â€‹â€‹the thread in the loading fixture increases, and the stress is correspondingly reduced, so that some thread quality defects and hidden dangers which can be found in the tensile test are therefore caused. It is hidden, causing the test results to differ from the real situation.

1 Bolt force analysis in the tensile test 1.1 Bolt tensile test test method By simulating the actual use of the bolt, the rated force value is applied, and the bolt deformation is observed to determine whether it has achieved self-standardity. The thread diameter cross-sectional area is the main body that bears the stress, and the thread that is not screwed into the internal thread clamp part can be regarded as the extension of the external thread small diameter. The bottom width P is integrated with the external thread small diameter to support the bolt and resist the deformation of the force. Made a certain contribution.

2.2 Test Verification of the Effect of Thread Effective Thread Length on Tensile Test Results In order to verify whether the above analysis conclusions are correct, the author designed and implemented a group test. Of the same batch of screws that were qualified for mechanical properties and dimensional measurements, five were randomly selected as test samples.

The slotted cylindrical head screw specified in 65-2000 is M6mmX25mm, the pitch is 1mm, the performance grade is 4.8, and the minimum tensile load is 8440N. Five full-thread screw samples are screwed into the internal thread clamp with different effective screw lengths, and the tension is applied. The load does not fail until it breaks. The hardness of the internal thread clamp is 55HRC, and the tensile speed is min-1. The test results are shown in Table 1. Table 1 The effect of the effective screw length of the thread on its bearing capacity Tab.1Influencesofeffectivelengthsof screw number screwing depth screwing buckle number of tensile load failure state The unspinned part of the trip is broken. Note: 1) A nut equivalent to a nominal height of 0.5 D, a thread effective length of 0.4 D; 2) a nut equivalent to a nominal height of 0.8 D and an effective thread length of 0.6 D.

Shi Xia et al: Analysis of the cause of the breakage of the engine cylinder head bolts The tensile stress causes delayed fracture of the bolt.

For bolts with a strength greater than 1200 MPa, the hydrogen content of the material at 5X10610X106 can cause hydrogen embrittlement. According to the mechanical property test and the dehydrogenation test, the strength of the fracture bolt is 1260 MPa, which is a high-strength bolt, has high hydrogen embrittlement sensitivity, and excess hydrogen is retained in the fracture bolt. From the point of view of the bolt production process, the high hydrogen content should be caused by surface phosphating or dehydrogenation. Secondly, the existence of microcracks and residual stress in the bolt material is a necessary condition for accelerating hydrogen accumulation, diffusion and even fracture. The external condition in which the bolt is hydrogen embrittled is that the bolt is subjected to static tensile stress. According to the above calculation, the tensile stress after the bolt assembly is about 544 MPa, and the hydrogen brittle stress strength of the bolt is 376 MPa, so that the bolt is assembled with delayed fracture under the action of hydrogen.

Carboxymethyl Cellulose is a carboxymethyl group substituted by cellulose. According to its molecular weight or substitution, it can be completely dissolved or insoluble polymeric, which can be used as a weak acid type cation exchanger to separate neutral or alkaline proteins. Can form high viscosity carboxymethyl cellulose of colloid, solution, adhesion, thickening, flow, emulsifying dispersion, informs, water retention, protective colloid, film forming, acid, salt, clouding resistance and other properties, and physical harm, so in food, medicine, daily chemical, oil, paper making, textile, construction and other fields is widely used in production. 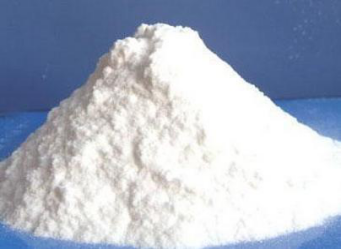