How to Use Japanese Ceramic Export Enterprises to Resist Cold 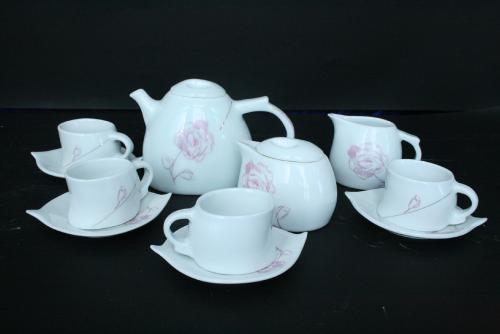 The European Commission recently proposed to impose long-term import tariffs on porcelain plates and other tableware and kitchen utensils from China. The final tax rate proposed by the EU is between 13.1% and 36.1%. On November 15, 2012, the European Union officially made a preliminary anti-dumping decision on daily-use ceramic tableware originating in China. According to the preliminary ruling, a six-month provisional anti-dumping tax will be levied on products cleared in the European Union on November 16. Although the long-term import tariff imposed by this proposal is lower than the preliminary tax rate set in November last year, the implementation period of such tariffs will normally last for 5 years and will affect nearly 2,000 companies, involving a value of approximately 728 million euros, to China. The impact of ceramic tableware exports is even more profound. Facing this dilemma, the Chinese ceramic industry has become a focus of attention when it comes to how to spend the cold weather.

In Shenzhen, there are currently 14 export-oriented ceramics companies, and the EU exports about 20 million U.S. dollars each year. Although the export volume shows an upward trend year by year, it is already chilly. Long Nian Hua Industrial (Shenzhen) Co., Ltd. (referred to as â€œLong Nian Huaâ€) is a large ceramic exporter in Shenzhen, and received an e-mail of "Temporary Tariffs on Education" on November 15, 2012. If the company continues to export daily ceramics to the EU, it will temporarily impose a new tax of 26.6%. In other words, the EU importer's import value increases by US$26.6 per additional US$100. "This will directly affect the amount of orders placed by buyers. Export companies will suffer."

â€œThe volume of daily ceramics used in Long Nianhua in 2011 was 23.08 million U.S. dollars, of which the EU market had 18.46 million U.S. dollars, and the European Union accounted for about 79% of the companyâ€™s export market share. In 2012, Long Nianhuaâ€™s daily ceramics exports were 21.2 million U.S. dollars. The EU market accounted for 16.5 million US dollars. The EU market orders fell by 10% in 2012." Luo director said, "2012 EU annual orders of the Ryuue brand affected by the EU anti-dumping policy, the export volume decreased significantly, including 2012 In the second half of the year, the rate of decline was relatively large, but it remained basically stable.This is mainly due to the fact that EU customers chose to advance inventory in order to avoid imposing high anti-dumping duties, thus allowing the EU market to maintain a stable balance in exports, but this proposed long-term tariff will create far-reaching impact. The impact of our company is also actively concerned."

According to statistics, from November 2012 to March 2013, the value of daily-use ceramics exported by Longnianhua to the European Union was approximately 5.28 million U.S. dollars, a year-on-year drop of around 25%. It can thus be seen that the provisional anti-dumping duties imposed by the European Union imposes a great impact on the export of daily ceramics. According to industry estimates, if the EU adopts the proposed final tax rate, nearly 80% of export-oriented ceramic foreign trade companies will be eliminated from the EU market.

Exports of daily-use ceramics processing and production enterprises in the Shenzhen area are in a transitional period. High labor costs, land costs, and severe economic conditions abroad are forcing production companies to undergo transformation and upgrading, and technological upgrades to increase the added value of products.

To this end, to remind export ceramics production enterprises should take the appropriate countermeasures: First, internal quality, speed up industrial upgrading, promotion of independent brands. Being "anti-dumped" means that the long-term low-cost competition expansion strategy of the ceramics industry is difficult to sustain, accelerating the development of low-carbon and high-value-added products, and increasing the added value of products through technological upgrading. Allowing independent brands to bring more profitable profits through brand premiums. The second is the rules of outsourcing and actively responding to them. Relevant companies should learn relevant laws and regulations in a timely manner through various channels, be familiar with foreign technical trade measures, and actively respond to various trade risks. The third is to open up a diversified international market. It can develop a diversified international market through mutual equity participation and technical cooperation with foreign companies, rely on the sales channels of foreign companies to save the country through the curve of the sales channels, to avoid being the object of anti-dumping investigations and to effectively avoid the risks of overseas trade. The fourth is to expand the domestic market. In the event that exports are blocked, exports to domestic sales are a good choice. Many local governments are implementing brand strategy, which will bring more opportunities for high-quality fine ceramics exported by China, and will also greatly enhance the ability of companies to resist risks.