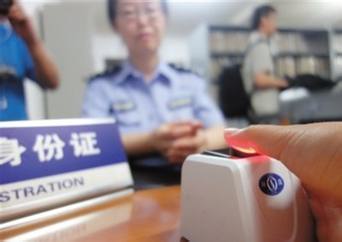 For the phenomenon of loss, many netizens believe that the identity card should increase the anti-theft function. Experts believe that one of the countermeasures is to increase the crackdown on ID crimes. The relevant laws stipulate that anyone who fraudulently uses ID cards from other people or uses fraudulent ID cards shall be fined between 200 yuan and 1,000 yuan by a public security organ or be detained for less than 10 days. If he has illegal gains, his illegal income shall be confiscated. Li Lin, a lawyer at Tianjin Wanhua Law Firm, believes that this punishment is still too light compared to the benefits brought by illegal activities, and it is difficult to achieve the deterrent power it deserves. It should increase penalties.

In addition, the upgrading of identity cards technology is even more urgent. Sun Mo, a lawyer of the law firm, believes that through technical upgrading, the ID card of our countryâ€™s citizens will have stronger anti-counterfeiting and anti-theft features, such as losing the ID card after losing the card, or when reading the old ID card information. The system shows that it has been cancelled and reminded to relevant departments before it can fundamentally cut off the interest chain of the ID trading market.

The newly revised "Law on Identity Cards" stipulates that citizens should register fingerprint information when they apply for, redeem, or replace their ID cards. The registration of fingerprint information by the resident ID card can further enhance the anti-counterfeiting performance of the document. At the same time, the social security unit can quickly and accurately confirm the conformity of the person and the certificate, and can effectively prevent the occurrence of illegal criminal acts such as the use of another person's ID card. At present, more than 16,000 police stations in the country have started the work of registering fingerprint information for resident ID cards and will be fully rolled out nationwide by the end of this year. If the masses have voluntarily replaced their ID card in advance, they can go to the local police station to redeem the ID card with registered fingerprint information.

As the first batch of cities in the country to carry out second-generation ID card fingerprint collection, the bidding project in Shanghai has naturally attracted the attention of many manufacturers. The enterprises in the fingerprint identification industry are highly competitive, and there are many well-known manufacturers such as Shanghai Putian, Neusoft Group, and Central Control Technology.

The requirements for equipment and systems for capturing different populations and imaging accuracy are very demanding. This requires that the imaging technology has a core invention patent, has a good fault tolerance, and has good applicability to various abnormal fingers such as dry fingers, broken-finger fingers, and broken fingers.

System technology is being perfected to remind citizens that they should renew their unique code and information as soon as possible after the loss. They can not log out like bank cards.

A registered civilian police officer in Beijing stated that the ID card follows the person's life and has a unique code and information store. It is not like the loss of a bank card. "After the bank card is reported missing, it will be renewed and the card number and other information of the new card will be new."

However, the loss of identity cards does cause some troubles, especially when the credit cards have just entered people's lives in previous years, they can claim credit cards with lost ID cards, causing losses to the parties. This is the responsibility of the banking system for failing to perform document verification. â€œHowever, nowadays there are fewer and fewer cases where illegal ID cards are used to do illegal activities. The identity verification system is becoming more and more developed. Then you have to look at the person who uses the ID card and the photo on the ID card.â€

He suggested that if ID cards are lost, they should call the police as soon as possible or make a record at the police station. If there is a dispute, the filing information will be used as evidence. In addition, individuals should renew their ID cards as soon as possible, and the date for issuing the newly reissued ID card will be recorded in the public security household registration system, which can also be used as evidence.