The rise of security monitoring platform has broad prospects 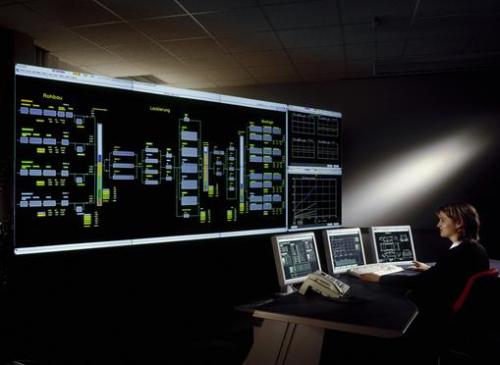 The security industry has developed rapidly, and smart city bidding has started. According to statistics from China Security Industry Association, the growth rate of China's security industry has basically stabilized at around 20% in recent years. We expect that the growth rate of the security industry will be maintained at over 20% during the 12th Five-Year Plan period. By the end of the â€œ12th Five-Year Planâ€ period, the entire security industry will achieve the overall goal of doubling the scale, that is, the total output value in 2015 will reach 500 billion yuan. The added value is 160 billion yuan. The smart city is the growth engine for security during the 12th Five-Year Plan period. With the completion of the change of the term, local government projects and inputs have started to restart. The national smart cityâ€™s pilot application for 2013 was completed before the end of June. Construction of "Safe Cities" in various regions will start large-scale bidding in the second half of the year. This trend is exactly in line with the "new urbanization" strategy. People from the National Development and Reform Commission recently stated that smart cities will become an important part of new urbanization. At present, the bidding for security monitoring systems in various provinces and cities has seen a significant growth trend.

Judging from the current market research, the speed of front-end high-definition industry in the first half of the year has been significantly accelerated, and urbanization supports government investment in security growth. It is expected that in the second half of the year, the security procurement of all provinces will gradually start and continue to push up the security industry. The market expects that the growth rate of front-end cameras will still be over 50% in 2013. Due to the increase in camera entry volume, the gross profit margin is expected to decline slightly. In 2013, the growth rate of DVR will still maintain over 10%, benefiting from the stable structure and little change in gross profit margin.

Industry growth momentum is still there. On the one hand, the demand for smart city management has been greatly improved. "Safe City" as the main part of the construction of "Smart City", its construction scale and construction content will have greater expansion. The rise of smart cities has laid a good foundation for the company's long-term development. On the other hand, the trend of high-definition and intelligentization of video surveillance systems does not change. With the constant maturity of the high-definition and intelligent technologies of video surveillance systems, the continuous decrease in the application cost has stimulated the needs of the market; in addition, high-definition, Intelligent, integrated and big data storage, interactive applications, and video technology applications from a simple security protection, traffic management to a broader application.

Judging from the development trend of the industry giants, the main development directions in the future are as follows:

First, the government and the large industry application integration, the company has obvious advantages in the "monitoring platform + solution". It is expected that from the back end to the front-end equipment, the solution will be the next step for the company's development. The industrial applications represented by smart city construction in China are evolving towards large-scale and integrated, integrated solutions will be more concerned, and integrated solutions will bring channel/brand synergy and profitability of equipment.

Build platform-based companies and establish long-term competitiveness: At present, the giants in the industry have formed cross-industry segmented video surveillance solutions, and their comprehensive competitiveness has clearly outpaced their competitors. At the same time, companies have actively tried civilian security. After years of efforts, some companies have opened overseas markets. With immediate effect, the growth rate in the European, American and Indian markets has gradually increased.

Designed and manufactured to the highest of standards to ensure a robust and long life, we hope it provides you with many years of trouble-free, safe and reliable service.

1. Check if the plug cord was in good condition, and if there is stand before plug into the electrical outlet ; Check if the used glue gun has glue flow through back of the tunnel;

2. wait 5-10 minutes to allow glue to soften, stand up the glue gun on the table when not in use;

3. Touch nozzle to any clean, dry surface you wish to bond, to avoid any impurity stop the nozzle;

If glue gun can not be heated, there are following reasons:
1 Plug cord into electrical outlet not properly;
2 Glue gun has been destroyed owing to inner cord short circuit;

If glue gun can be heated, there are following reasons: Nozzle has been stopped by any impurity, ask careerman to manage it.

5. Do not use the glue gun under moist climate, humidity will affect insulation and cause electric shock;

6. Do not touch the nozzle or melted glue;

7. Do not remove out the melted glue stick from the tunnel back side, it will damaged the glue gun as well as scalding person hands.

8. Do not to disassemble or assemble any glue gun accessories freely, it will cause glue gun do not work properly;

9. Keep out of reach of children and stocked it beyond any of Children palpable side;

10. Only used for melting glue stick, no other usage;

11. When in use, there are any glue flow back from tunnel, stop using immediately, wait for careerman clean the glue;

12. Close the power if the glue gun not in use after 15 minutes;

2. Tip gun forward on stand and place a piece of cardboard under the nozzle

4. After power, wait for 5-10 minutes to allow glue to soften